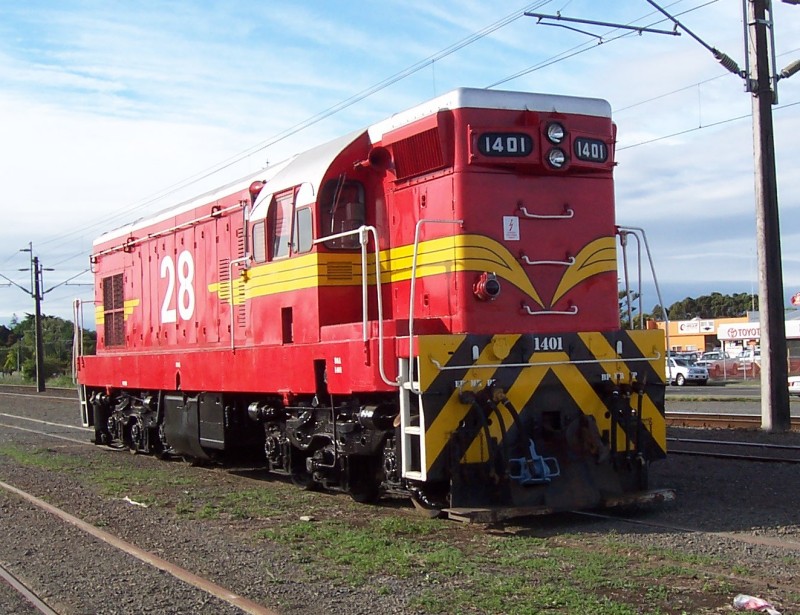 This was the first Da to be used in revenue service with the NZR in 1955. It entered service on 23rd of August 1955. It was converted to Daa1401 for use at Te Rapa hump yards in 1971. This involved fitting a low-speed reostat control, which could be cut-out when mainline speeds were required, This equipment is still operational today.