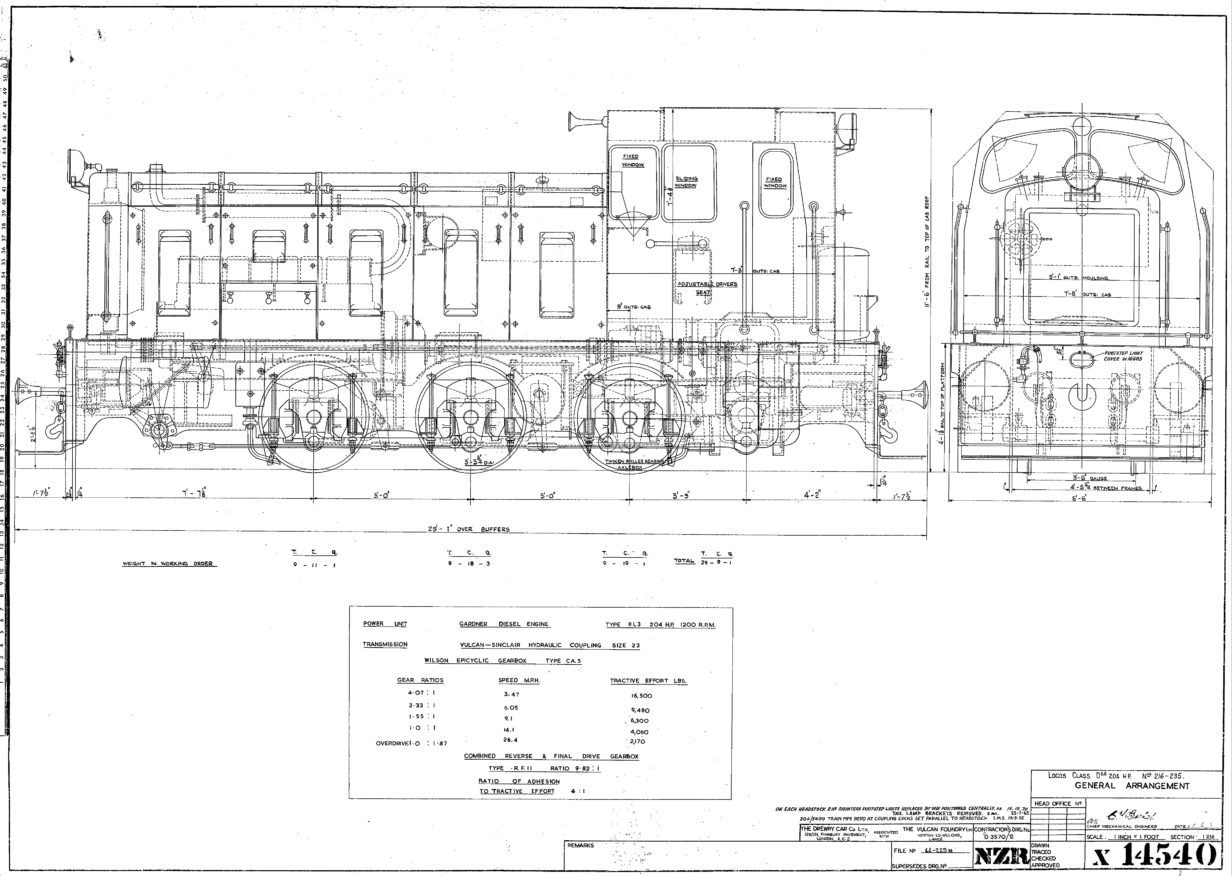 DSA class locomotive was a type of 0-6-0DM diesel-mechanical locomotives built by three different manufacturers: W. G. Bagnall, Hunslet, Mitsubishi Heavy Industries, and Vulcan Foundry for the Drewry Car Co. They were built between 1953 and 1967

Designated as model A-2, these locomotives were built by the Vulcan Foundry of English Electric for the Drewry Car Company. They weighed 29.5 tons ready for service and were powered by a Gardner 8L3 diesel engine producing 204 hp. The driving wheels were 39¾”, the same size as that of the DS class.

To see what restoration and maintenance has been completed since Dsa227 came to FDSRS, have a look at the restoration.