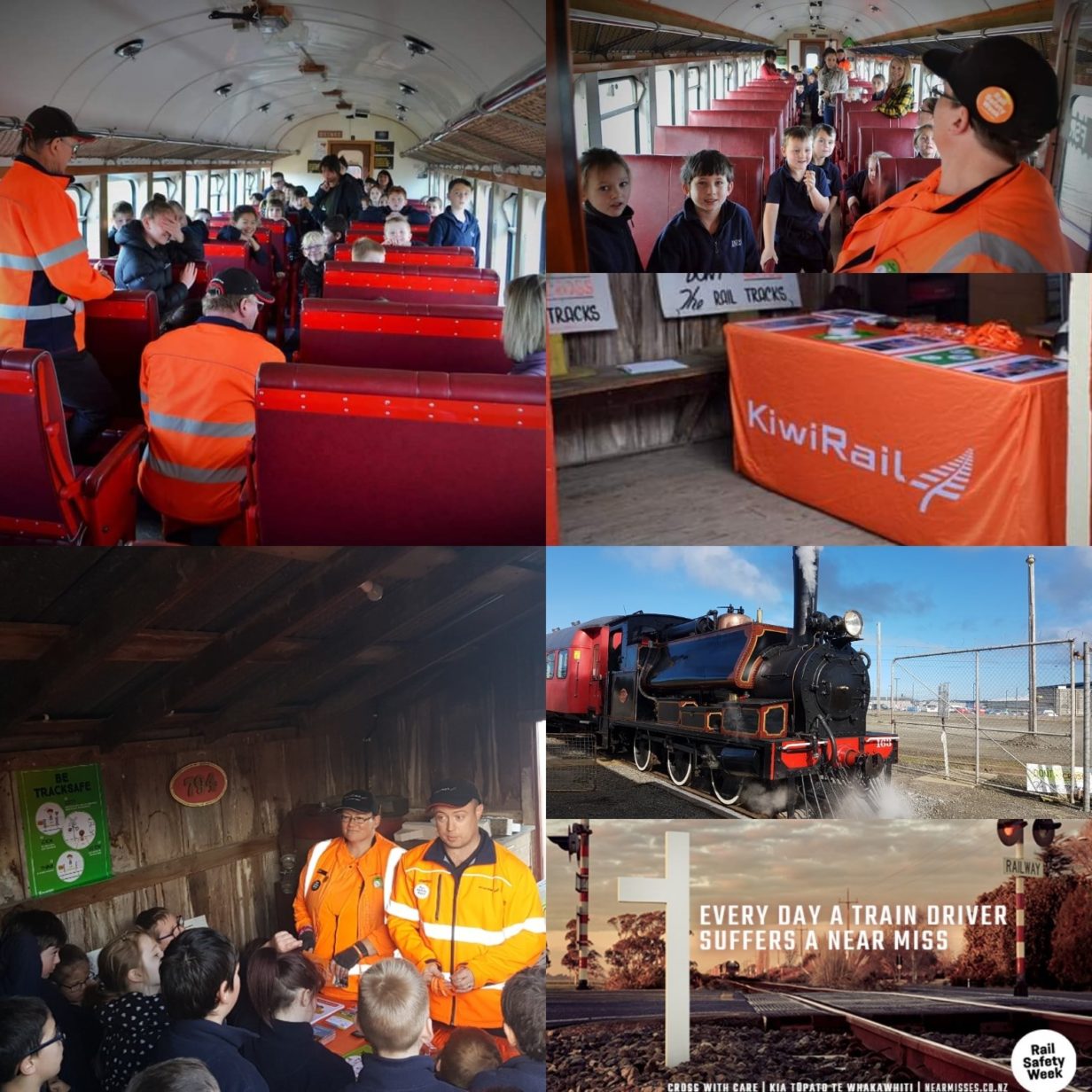 The society was invited to the official opening of Rail safety week at Parliament to help kick start promoting Rail safety. To push the importance of rail safety here in Manawatu we teamed up with KiwiRail to help spread the word to the kids in the community by inviting schools to visit our Feilding depot. We operated our 139 year old steam locomotive which was built in 1880 with two restored 1940’s carriages. Our objective was to teach the younger generation about being safe around the railway tracks and follow the four main steps.

We had seven school groups visit us to learn about rail safety, while at our depot they were invited aboard the train to talk with KiwiRail Staff about Rail Safety and were able to ask a driver questions. Once they had their talk they went for a ride up and down the track in our Feilding yard.  A demonstration on how long a train takes to stop was also displayed which was followed by a tour around the depot with all the current projects we are working on. As well as this we held our annual Open weekend on the 17th and 18th August which we also had KiwiRail Staff onsite helping to spread the Rail Safety word. Many thanks to everyone who helped spread the Rail safety message and all those that have visited us over the past two weeks.