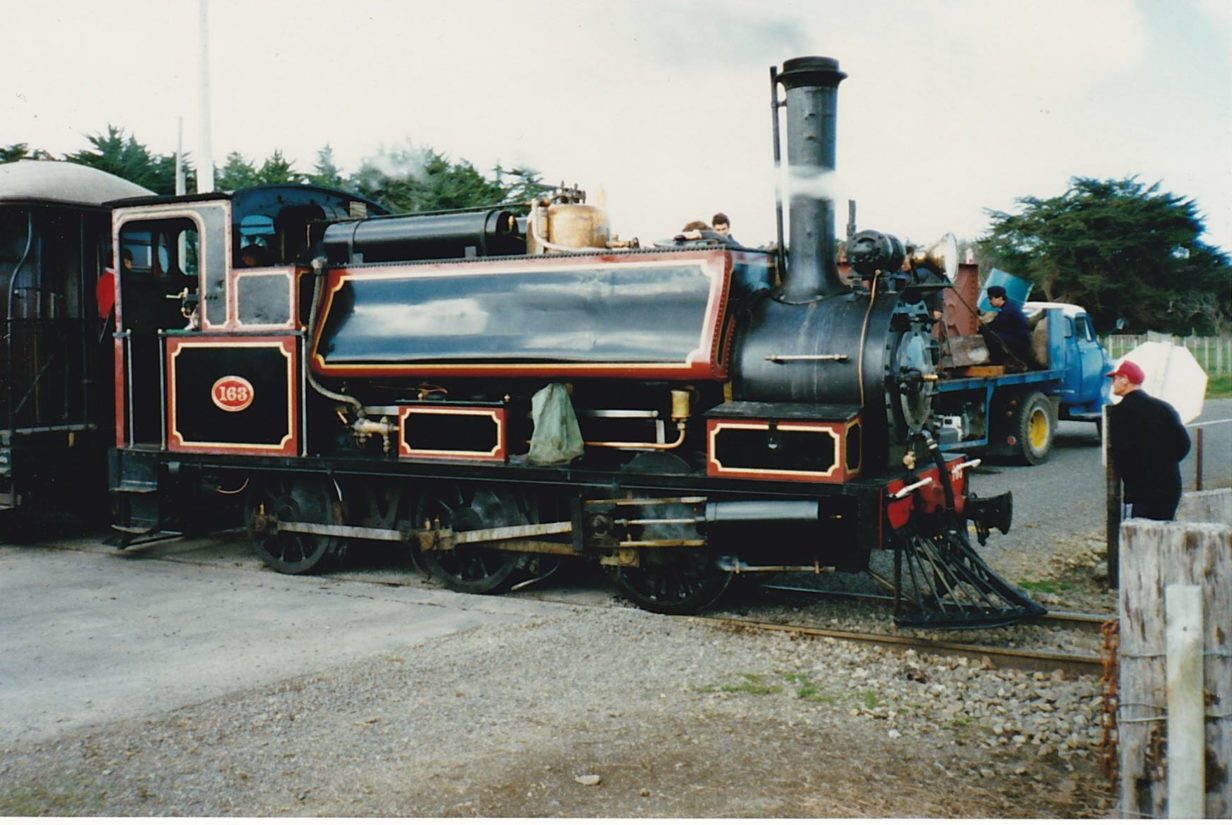 F163 is one of nine surviving members of its class and the only one in mainline running condition. This particular engine has been operational, except during overhauls etc, since it was first used on the NZR in 1881. This locomotive was kept by NZR as part of its heritage fleet until 1993, when it was handed to the Rail Heritage Trust. In 2002, the F-group joined with Feilding Steam Rail to become the Feilding and Districts Steam Rail Society, and F163 was relocated to the Feilding depot. F&DSRS are the current caretakers of F163.