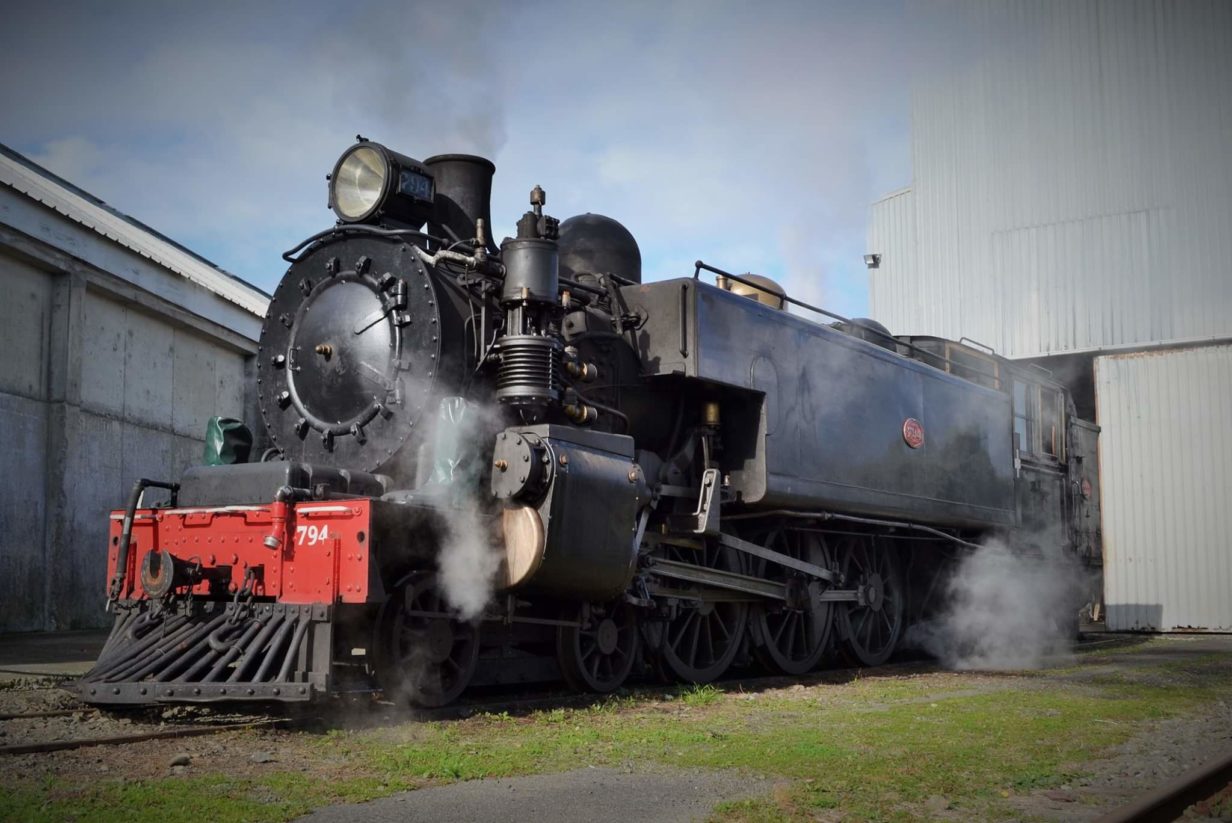 The Wab (pronouced WOB) class is a tank version of the Ab class. With the water tanks over the driving wheels, the class had very good pulling power at low speeds and excellent acceleration on flats. These locomotives were designed mainly for suburban workings in Auckland and Wellington where quick acceleration to operating speed was required. A Wab class would commonly tow ten passenger cars on the Wellington to Upper Hutt Line, stopping at most stations on the way. But because of their high tractive effort they were also used on the heavily graded sections of both islands’ main trunk routes hauling passenger or freight trains – in particular between Dunedin and Oamaru and between Taihape and Taumarunui.

Thirty of the class were constructed, of which only two survive. With the electrification of the Wellington service and the increasing use of diesel-electrics, a number of Wab’s were converted to Ab’s. This required the removal of the water tanks and coal bunker and the fitting of a single axle trailing truck under the cab. The Ab’s had a G class tender to hold water and coal and the pressure of the boiler lowered 20 psi to 180 psi. The Ab’s were then more useful as they could then be used on lighter rail tracks on New Zealand’s many branch lines due to the weight being more evenly distributed.

This class of locomotive is capable of higher speeds than that mentioned in the technical information table, however this is restricted by current regulations, to 70km/h in a forward direction and 40km/h whilst running bunker first.
Wab794’s Technical Information